In this episode, we tell one of the most colourful stories of civilizational survival: the story of the Bagan Empire of Myanmar. Find out how this kingdom rose up in the Irrawaddy river valley of central Myanmar, and built one of the most remarkable series of monuments to have survived from the medieval world. Discover what life was like for the people who lived there, and find out what happened to cause its sudden and complete collapse.

In the deserts of Jordan, a city lies hidden for centuries in a valley of rose-red stone…

In this episode, we look at one of the most peculiar stories of civilizational survival to come down to us from the ancient world, the story of the Nabataeans. Find out how these once humble traders rose to become masters of the desert sands, and to defy empires. And discover what happened to finally bring down the empire of Nabataea.

In the lowlands of Northern Iraq, a series of enormous cities lies crumbling in ruins…

In this episode, find out about one of the most remarkable ancient civilizations: the society known today as the neo-Assyrian Empire. Discover how the Assyrians built their empire out of the ashes of the Bronze Age, and built an empire of iron that lasted for centuries. Explore the extraordinary flourishing of art and technology that they fostered. And finally, discover what happened to cause their final, devastating collapse.

If you enjoy Fall of Civilizations, consider supporting the show today:

High up on the craggy peaks of the Urubamba Canyon, a lost city lies wreathed in cloud…

In this episode, we explore the mountains of the Andes, and tell the story of the Inca Empire. Find out how these mountain people built the largest empire in the Western Hemipshere, in one of the toughest terrains on earth. With Inca poetry, Quechuan hymns and authentic Andean instruments, discover the unique culture of the Inca. And find out what happened to bring their society crashing down around them.

On the outskirts of modern Istanbul, a line of ancient walls lies crumbling into the earth…

In this episode, we look at one of history’s most incredible stories of survival – the thousand-year epic of the Byzantine Empire. Find out how this civilization suffered the loss of its Western half, and continued the unbroken legacy of Rome right through the middle ages. Hear about how it formed a bridge between two continents, and two ages, and learn how the impregnable walls of Constantinople were finally brought crashing to the ground.

This episode, we’re joined by the choir from the Greek Orthodox Cathedral in London, and a number of musicians playing traditional Byzantine instruments such as the Byzantine lyra, the Qanun and the Greek Santur.

A city in ruins. A dynasty in tatters. An empire in ashes…
This episode, we look at the remarkable story of the first empire of ancient China, the Han dynasty. With ancient Chinese poetry, songs and folk music, we look back at the first empire’s rise, its remarkable technological advances, and its first, tentative attempts to make contact with the empires of the west. Finally, we look at all the reasons behind the first age of Imperial China’s final, dramatic fall.
You can follow the podcast on Twitter at @Fall_of_Civ_Pod, and listen to the new episode here:
iTunes // SoundCloud // Stitcher // Spotify // YouTube // RSS

This episode, we look back at the age of the Aztecs. Learn how this society grew from nothing to create one of the world’s largest cities in the middle of a lake. Discover Aztec riddles, poetry and songs, as well as the bloody ritual of the flower wars. And hear the remarkable story of how this thriving empire collapsed all at once, in a matter of days.

With Mexica riddles, songs and poetry, we look back at the age of the Aztecs, and find out what happened when the two sides of the world finally met.

In the dusts of Iraq, the ruins of the world’s first civilization lie buried.
This episode, we travel into the extremely distant past to look at the Sumerians. These ancient people invented writing and mathematics, and built some of the largest cities that the world had ever seen. Find out about the mystery of their origins, and learn how they rose from humble beginnings to form the foundation of all our modern societies. With myths, proverbs and even some recreated Sumerian music, travel back to where it all began, and find out how humanity’s first civilization fell.
You can follow the podcast on Twitter at @Fall_of_Civ_Pod, and listen to the new episode here:
iTunes // SoundCloud // Stitcher // Spotify // YouTube // RSS

Today, the Songhai Empire is all but forgotten by history. But this medieval kingdom was once the most powerful force in Africa.
Find out how this civilization grew up on the fringes of the Sahara Desert, among some of the most extreme conditions that nature can throw at us. Discover how it grew and flourished, passing through a process known as the imperial cycle, and learn about what ultimately caused its sudden and dramatic collapse.
You can follow the podcast on Twitter at @Fall_of_Civ_Pod, and listen to the new episode here:
iTunes // SoundCloud // Stitcher // Spotify // YouTube // RSS

In this episode, we take a look at one of archaeology’s most enduring puzzles: the mystery of Easter Island. Find out how this unique community grew up in complete isolation, severed from the rest of the world by a vast expanse of ocean. Discover the incredible story of how it survived for so many centuries, and examine the evidence about what happened to finally bring this society, and its statues, crashing down.

This episode, we’re joined by children from the Toki School of Music and Arts on Easter Island, who were kind enough to record some traditional ancestral chants especially for the podcast. 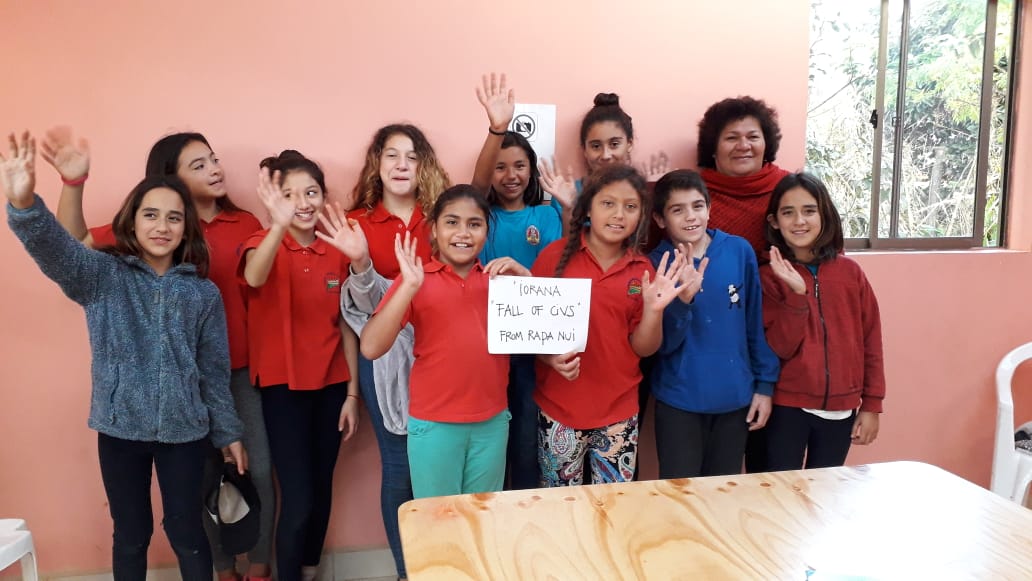